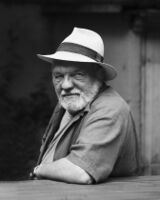 Keith Dowman is a translator and teacher of Dzogchen. A student of the great Dzogchen lamas Dudjom Rinpoche and Kanjur Rinpoche, he has lived in Banares, India, and Kathmandu, Nepal, for 50 years. His translations include SkyDancer, and Longchenpa’s Natural Perfection and Spaciousness.

A cultural refugee from his native England, Keith Dowman arrived in Banares, India in 1966, after travelling overland from Europe. Apart from an occasional foray back to the West he has spent a lifetime in the sub-continent, engaged in existential buddha dharma. In India and Nepal, not always in Tibetan refugee society, he has lived as a yogin, monk, pilgrim, and then as a householder, and as a scholar and poet gloriously free from western academia and cultural institutions of all shapes and sizes.

In India in the ‘sixties he was fortunate enough to encounter the grandfather-lama refugees just after their arrival in India in the wake of the Chinese invasion of Tibet. In those heady years when the old lamas were totally receptive to the solicitation of western disciples seeking confirmation of the validity of their existential trajectories, he received initiation, empowerment, pith instruction and personal guidance from Dudjom Rinpoche Jigdral Yeshe Dorje and Kanjur Rinpoche Longchen Yeshe Dorje, who became his root gurus, among many other Nyingma lamas and lamas of other schools, notably Khamtrul Rimpoche and the 16th Karmapa Rikpai Dorje. As Chogyal Namkhai Norbu remarked "In communion with many great masters [Keith Dowman] has fortuitously absorbed the realization of Dzogchen."

Settled in Kathmandu, in the ‘eighties he translated the Rabalaisian hagiography of The Divine Madman (Drukpa Kunley) and also that of the Guru’s Consort, Yeshe Tsogyel, in Skydancer, both of which remain in print. Entering Tibet immediately after it opened to foreign travelers, his three years of seasonal trekking in central Tibet resulted in The Pilgrim’s Guide to Central Tibet. The Power Places of Kathmandu was also written in the ‘eighties, description of pilgrimage in the Kathmandu Valley. Masters of Mahamudra: the Legends of the Eighty-Four Mahasiddhas was the fruit of his connection with the Kagyu school. More recently, spending less time in the polluted Kathmandu Valley, leaving Vajrayana behind, he has concentrated exclusively on the translation of Dzogchen texts: The Flight of the Garuda, Natural Perfection, Maya Yoga, The Great Secret of Mind, and Spaciousness: Longchenpa’s Treasury of the Dharmadhatu. Guru Pema Here and Now, The Mythology of the Lotus-Born, his most recent book, reverts to the imagery of the myth of Padmasambhava to illustrate the reality of Dzogchen.

Teaching the Dharma since 1992, his original concern was to assist in bridge building from East to West, a conduit for the lamas’ buddha-dharma. Now that aim has been achieved, leaving even the Dzogchen that is embedded in Vajrayana behind, the essence of Dzogchen which he calls radical Dzogchen is his primary concern and the main content of his teaching.

Still based in Kathmandu, he leads a nomadic lifestyle, teaching Dzogchen nonmeditation worldwide. This Dzogchen, derived from the early Nyingma tantras, free of the tendency toward the spiritual materialism so evident in western Buddhism, nonculturally specific, easily assimilable into Western culture, can, he believes provide a key to a renaissance, or at least a reformation, of Western mysticism in the existential mold. (Source Accessed Feb 3, 2021)

The Kagyu school traces its origin to the eleventh-century translator Marpa, who studied in India with Nāropa. Marpa's student Milarepa trained Gampopa, who founded the first monastery of the Kagyu order. As many as twelve subtraditions grew out from there, the best known being the Karma Kagyu, the Drikung, and the Drukpa.