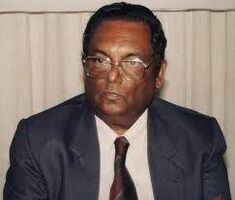 Padmasiri de Silva graduated from the University of Ceylon with a Honours Degree in Philosophy, and also obtained the M.A. & Ph.D in Comparative Philosophy (University of Hawaii). He was the Professor & Head of Philosophy & Psychology Department, University of Peradeniya (1980-89). Subsequently he was appointed Senior Teaching Fellow at NUS Singapore. He has also held visiting positions in the University of Pittsburgh and the ISLE program in USA and the University of Waikato in New Zealand. He also functioned as the coordinator of the IRC Program on "Environment, Ethics and Education" in Singapore, organising four international conferences and was nominated for the Green Leaf Award. Based on this experience he published Environmental Philosophy & Ethics in Buddhism (Macmillan, 1998). In 2006 he was awarded the Diploma and Advanced Diploma in Counselling and practiced as a professional counsellor at the Springvale community center, working with migrants. He developed his own method of counselling: "Mindfulness-Based, Emotion-Focused Therapy". Currently he is working on Pain Education as a Facet of Humanitarian Care. (Source: Shogum Publications)